Round trip in China 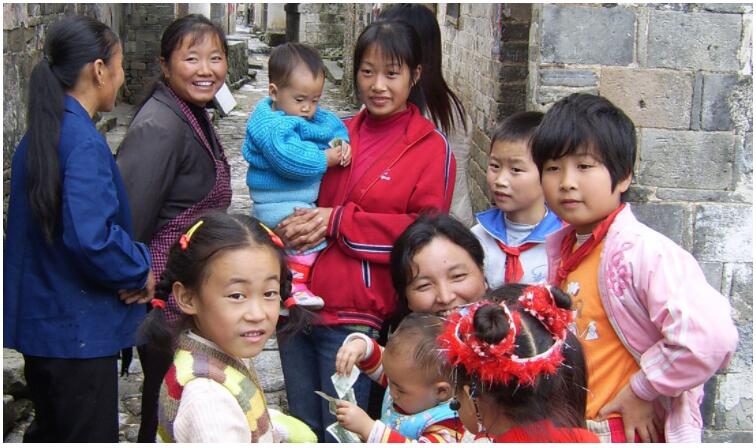 This is the trip for you who want to experience the most and best of China! You visit the capital Beijing and see here the Great Wall of China and the Forbidden City, the imperial city of Xi´an with the famous Terracotta Army, the vibrant world city of Shanghai, the garden cities of Hangzhou and Suzhou, the beautiful Guilin, experiences and places that together create a unique Chinese panorama! Have you planned to travel to China once in a lifetime then this is the trip for you! 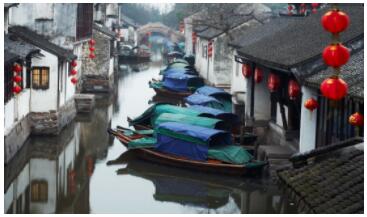 Day 1: Travel to China
Flight to Shanghai. Meals are included on board the long-haul flight.

Day 2: Shanghai
You land in the world city of Shanghai. There are more skyscrapers here than in most big cities in the world. It is advisable to start with a trip up one of the tallest skyscrapers, Jin Mao Tower. From the 88th floor you have a glorious view of Pudong and the beautiful promenade the Bund with colonial buildings. In the evening time to try Chinese cuisine. Overnight in Shanghai.

Day 3: Shanghai
Shanghai is only a few hundred years old, but there are still some old buildings and parks. We suggest first visiting Yuyuan Garden, a garden that a wealthy official had planted several hundred years ago. After seeing the Bund from above, it’s nice to walk here and enjoy the views of the Huangpu River and all the skyscrapers on the Pudong Peninsula. Then it’s shopping time for those who like this. Otherwise, it is very enjoyable to just stroll along the impressive pedestrian and shopping street of Nanjing Lu. The day may end with a breathtaking acrobatic performance with one of the famous Shanghai groups. Overnight in Shanghai.

Day 4: Shanghai – Suzhou
Museums are not just boring establishments with rows of objects. At the Shanghai Museum, considered one of the foremost in China, Chinese history and cultural history are served in a very interesting and captivating way. After the museum visit, you get on the bus and go to Suzhou, “Venice of the East”. Suzhou is a paradise for garden lovers. First, walk through the garden of the humble official and get an insight into what the Chinese think a garden should look like. Suzhou is also known for its silk production. During a visit to a silk manufacturing center, you get the opportunity to learn more about the silk’s path from silk butterfly, via cocoon, to finished raw silk. In the evening, a walk through the beautiful Nätmästaren’s garden is suggested and listening to classical Chinese music. Overnight in Suzhou.

Day 5: Suzhou – Hangzhou
In the low-lying landscape around Suzhou, there are plenty of waterways. During the bus journey to the destination Hangzhou, you stop in the small canal town of Tongli, where you take a boat trip, and then walk around among the picturesque houses. Once in Hangzhou, considered one of China’s foremost tea-growing districts, visit Longjing, the “Dragon Fountain,” where one of China’s most exclusive teas is grown. You get information about the background of tea cultivation and can also try different types of tea. Overnight in Hangzhou.

Day 6: Hangzhou – Guilin
In the city of Hangzhou lies the West Lake, praised for its beauty by generations of Chinese poets. A boat trip on the West Lake, and you get the opportunity to judge the poets’ views for yourself, before you fly on to Guilin. Overnight in Guilin.

Day 7: Guilin
In southern China, most of China’s rice is grown. During a full-day excursion to the major agricultural districts, you will get a good insight into the Chinese farmer’s cultivation efforts. At Mount Longsheng, “Dragon’s Backbone”, you can see with reverence how all the winding terrace plantations stretch for miles along the slopes. Here you will also meet several of China’s many minority populations. Overnight in Guilin.

Day 8: Guilin – Yangshuo
Down here in southern China there are also other scenery. During a four-hour boat trip along the Lifloden, we get to enjoy and admire the famous sugar top mountains that line the river during the journey. In the evening, there is an optional opportunity to see a lavish “River Show”, designed by the famous Chinese director Zhang Yimou. He was the one who directed the Olympic inauguration in Beijing in 2008! Overnight in Yangshuo.

Day 9: Yangshuo – Guilin – Xian
In the morning you have time on your own and can therefore take a little longer to eat breakfast. You also have time to explore Yangshuo. In the afternoon you go back to Guilin and on the way visit the famous Pipe Flute Cave with all its strange stalactite and stalagmite formations. In the evening you fly on from Guilin to Xi’an. Overnight in Xi´an.

Day 10: Xi’an
The city of Xi’an has more than six million inhabitants but still feels much smaller. For two thousand years, the city has been a cosmopolitan center. Buddhism is strong here, and there are several great shrines. You should visit the Great Wild Goose Pagoda to get a good insight into how Buddhism came to China. This is how a jade carving is visited, where raw jade stone is treated into exquisite works of art. The afternoon is dedicated to the highlight of the day, the 8,000-strong terracotta army. The first emperor of the Qin Dynasty, Shi Huangdi, had his mausoleum built here, and after his death the tomb is guarded by these terracotta soldiers. In the evening free time. Overnight in Xi´an.

Day 11: Xian – Beijing
After breakfast, you board the new exciting and talked about ‘super train’ that started after Christmas 2012. This high-speed train connects several important cities in China, and you will travel for 4.5 hours from Xi’an to Beijing. The average speed is over 300 km / h! During the trip you can visit the varied Chinese landscape. After arriving in Beijing, a first visit is made to the Temple of Heaven. This impressive park with the large temple was built in the early 15th century. The emperors went here every year to ask for good harvests for the coming year. Overnight in Beijing.

Day 12: Beijing
Start the day with a tour of the world’s largest square, Tiananmen Square, with the surrounding buildings Mao’s mausoleum, the Great Hall of the People, the National Museum and the Gate of Tiananmen. The next stop is the Forbidden City, the world’s largest palace complex and home to the emperors during the Ming and Qing dynasties for nearly 500 years. Then it’s time for a little tour of some of Beijing’s remaining hutons, or old alleys. In the evening, there is a colorful Peking Opera, perhaps a party more for the eye than for the ear! (Optional) Overnight stay in Beijing.

Day 13: Beijing
Today it will be a full day trip in the surroundings of Beijing. You start at a factory for the production of cloisonné, typically Beijing handicrafts. Then you continue to the holy way, the way of the Spirits. Here you walk slowly and are reminded of how an emperor after death would be transported along this road to get his last rest in one of the Ming tombs. As the journey continues, it is noticeable that the mountains rise more and more and the road becomes more winding. At an altitude of 700-800 meters, you will soon get the first glimpses of the Great Wall of China, this remarkable building that was being completed for several hundred years, and which stretches over more than 6,000 kilometers! Overnight in Beijing.

Day 14: Beijing
After breakfast visit the Summer Palace. Afternoon free for own program. Overnight in Beijing.

Day 15: Return from Beijing
Transfer to the airport for return to the destination. Meals are included on board the long-haul flight.