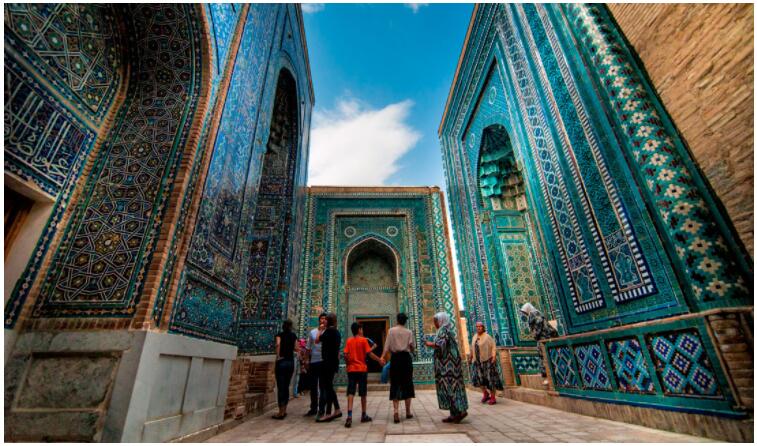 Join us on a tour that takes you to the heart of Central Asia and the legendary and magical Samarkand. During the tour we will also visit the Uzbek capital of Tashkent and the fabulous cultural cities of Khiva and Bukhara. You get the opportunity to discover a part of Asia with an exceptionally interesting cultural history, hospitable people and beautiful nature. The vast land area between East Asia and the Far East, which we today call Central Asia, has for more than two millennia served as an important link between East and West and has enabled long-distance transport between different civilizations and high cultures. The cities we visit were all important hubs in the network of caravan routes between China and Europe that is usually called the Silk Road. Long-distance merchants and various conquerors have left traces over the centuries and given rise to a fascinating cultural treasure that more and more travelers have begun to discover. We travel in small groups with Swedish-speaking tour guides. 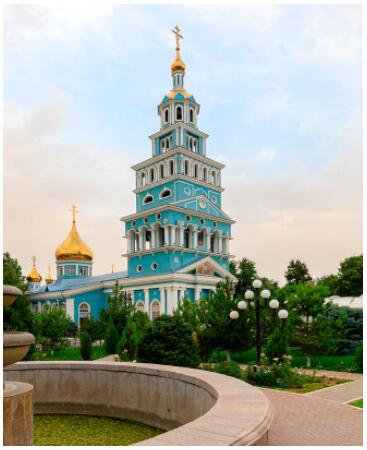 Day 1: Travel to Tashkent
Meals are included on board the long-haul flight.

Day 3: Tashkent – Urgench – Khiva
After breakfast we head to the domestic airport before the flight to the city of Urgench in southern Uzbekistan. From here we go to the nearby Khiva with an environment taken from “A Thousand and One Nights”. The city has been a UNESCO World Heritage Site since 1990 and one could spend several days here just exploring all the palaces, majestic villas, mosques, minarets, mausoleums and other architectural masterpieces. The city was once an important station along the Silk Road. Here, in Khiva’s older city center, you can really feel the wings of history. Sometimes it is as if they have suddenly been moved centuries back in time. During the day we get to see the minaret Kalta Minor and Muhammad Amin Khan Madrasah, originally a university (madrasah) built in the middle of the 19th century by the prince (khan) who also got to name this amazing building. Since the Soviet era, however, the old university functions as a hotel. We also visit the Djuma Mosque (Friday Mosque), built in the late 18th century on the ruins of an earlier structure. The mosque is known for its ingenious architecture where over two hundred richly decorated wooden pillars support the beautiful wooden roof that allows sunlight to flow freely into the room. Then we visit Kunya Ark Castle, dating from the late 17th century. The castle served as the khan’s private residence and center for the exercise of authority. Within the beautiful palace area you will find, among other things, administrative buildings, harem homes, courtyards and a mosque. We continue to the Pakhlavan Makhmud Mausoleum, which is the Khiva Khans’ last resting place. The tomb monument with its green dome and fantastic mosaics is generally considered to be one of the most beautiful building complexes in the city. Then we visit Khiva’s highest minaret Islam Khodja and then end the day with a visit to Tosh Havli which was once the harem where the khans could meet their official wives and harem ladies. Overnight in Khiva. (Breakfast, lunch and dinner.)

Day 4: Khiva – Bukhara (450 km)
After breakfast we travel by bus to the city of Bukhara through the Kyzylkum desert. For centuries, this barren landscape formed the border area with the endless expanses of the north populated by various nomadic peoples. During the trip you will see Amu-Darja which is one of the most important rivers in Central Asia. We arrive in Bukhara in the afternoon. Jewel Bukhara is one of the oldest cities in Central Asia and houses some of the region’s foremost masterpieces in architecture and is often associated with the greats of past times in science and poetry. Over the centuries, Bukhara developed into one of the most important hubs for culture, education, and religious practice throughout Central Asia. There is a famous saying in Bukhara that reads: “The light shines from Heaven all over the world,

Day 5: Bukhara
After breakfast, a city tour awaits. We start the day by visiting the mausoleum of the Samanids built of brick laid in fantastic geometric patterns and formations. The monument was built in the late ninth century and is one of the oldest Muslim monuments in Central Asia. It is also the only monument from the Persian Samanid dynasty that has survived the test of time. We then visit the religious complex Poikalon known for its beautiful minaret from the 12th century and magnificent mosque from the early 16th century. In the morning we also visit Ulugbek Madrasah, a high seat of education built in the early 15th century on the orders of the enlightened sultan Ulugbek (grandson of the last great Mongol conqueror Timur Lenk). Ulugbek had a great interest in astronomy and mathematics and wanted Bukhara to also become a center of science. In the afternoon we visit one of the most elegant trading places in Bukhara – Tim Abdullakhan. The domed indoor market was built during the latter half of the 16th century and here once long-distance Afghan merchants sold their precious silk and wool. Today, Tim Abdullakhan is known for his sales of Central Asian rugs. We also have time to visit the Maggoki Attori Mosque (today a carpet museum), built in the 10th century on a site where there used to be a Zoroastrian temple. Before the dinner, which consists of local delicacies, we see a traditional music and dance performance in a medieval madrasah. Overnight in Bukhara. (Breakfast, lunch and dinner.)

Day 6: Bukhara
After breakfast we first visit the Chor Minor Madrasah, built in 1807 by the Turkmen merchant Khalif Niyazkul. We then head to Sitorai Mohi Hosa which was the last palace of Emir Alim Khan. The architecture is a playful mix of both Russian and Central Asian elements, typical of the early 20th century. Before lunch we also visit Bukhara’s synagogue (the city still has a small Jewish congregation). The afternoon is open to discover the city on your own or maybe just take it easy. Overnight in Bukhara. (Breakfast, lunch and dinner.)

Day 7: Bukhara – Samarkand (250 km)
After breakfast we take a bus to Samarkand. During the journey there, we visit a potter in the city of Gijduvan who is known for his ceramic production. We are expected to arrive in Samarkand at lunchtime and head to the hotel to check in. We are now in the magical Samarkand. For centuries, the city has been invaded by foreign powers attracted by the city’s wealth. Alexander the Great, Arab conquerors, Mongol chiefs Genghis Khan and Timur Lenk have all left their mark. During today’s tour, we see, among other things, Registan Square, which was the official center of the Timur kingdom. Here you will also find three famous madrasahs – Ulugbek, Sher Dor and Tillya Kari. Overnight in Samarkand. (Breakfast, lunch and dinner.)

Day 8: Samarkand
After breakfast we visit Gur Amir which is the mausoleum of the Timurid dynasty where among others Timur Lenk (the founder of the dynasty) is buried. The monument has a fantastic dome adorned with mosaics in blue tones. The building is built in a unique style where Persian and Mongolian elements are mixed. We also visit the Shahi Zinda complex which consists of more than twenty different mausoleums and tombs from different eras. After lunch, we visit a tissue paper manufacturer that still produces its paper in the traditional way. We end the day with a visit to Ulugbek’s observatory from the early 15th century. The observatory was once considered one of the foremost in the world. Overnight in Samarkand. (Breakfast, lunch and dinner.)

Day 9: Samarkand-Tashkent
After breakfast, we visit the Bibi Khanym Mosque, which is the largest of the buildings Timur Lenk had built in his capital. Then we go to the famous market at Siab Bazaar and get some time for shopping on your own. We then go to the train station to take the high-speed train “Afrosiab” to Tashkent. Farewell dinner in the evening. Overnight in Tashkent. (Breakfast, lunch and dinner.)

Day 10: Tashkent – Sweden
After breakfast transfer to the airport before returning home.