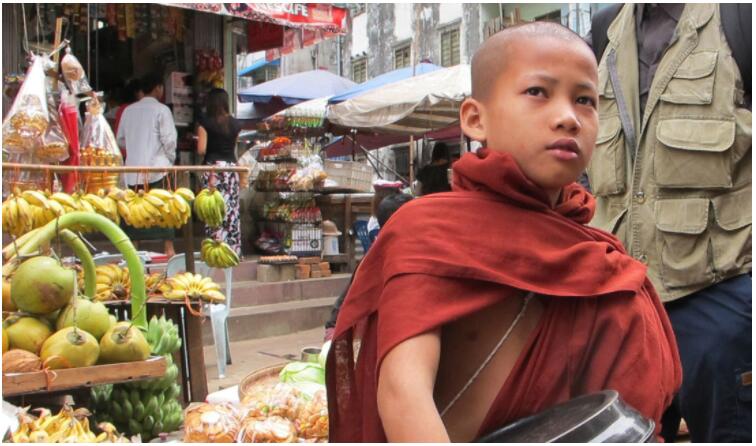 Many Westerners have visited Thailand and other countries in Southeast Asia in recent decades. Few, however, have discovered the exotic Burma, which is without a doubt one of the region’s most interesting destinations. Burma was closed and inaccessible for too long but has now opened up to the outside world. Foreign visitors can now take part in all the fantastic things that were previously so rare. The nature of Burma is spectacularly beautiful, the cultural treasures are endless and the people are extremely welcoming. The Burmese face a brighter future and want to share it with the world around them. 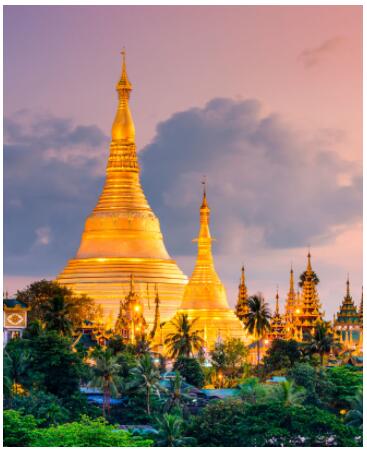 Although Burma is undergoing political change and ongoing internationalization, much of daily life still seems to be progressing at a slower pace here than elsewhere in Southeast Asia. Quiet curiosity in front of foreign visitors shines strikingly often. There is much that makes Burma the ideal destination for those who want to experience the beautiful and the different.

Burma borders India, China, Thailand and Laos and has since time immemorial absorbed impulses from these neighboring countries into a constant interplay between civilizations. However, there is something that makes Burma completely unique, despite the deposits from the traditions of neighboring countries. Travelers who have visited other Asian countries occasionally recognize themselves – but still do not. Join us on a journey that will take you to Asia’s probably most exciting and exotic country!

This is Burma, and it is very different from all the countries you know.
Rudyard Kipling

Day 2: Arrival in Rangoon
We arrive in Yangon. We begin our journey with a city tour and visit, among other things, the Golden Sole Pagoda, the National Museum and the Shwedagon Pagoda – Rangoon’s main landmark and the city’s most famous pagoda. This is one of Burma’s most sacred places that every Burmese person wants to visit at least once in their life. You do not have to be a Buddhist to be filled with wonder at the beauty of the gold-plated pagoda. The rest of the day free time. The rest of the day you can rest after the long flight before we gather in the evening for a welcome dinner . Overnight in Rangoon. (Lunch and dinner.)

Day 3: Rangoon
After breakfast, transfer to the train station to take the local train Circular Train , a ring line that connects central Rangoon with the city’s suburbs. For a few hours we stay on board to experience everyday traffic and the colorful life of the people. We then visit a local tea house . The tea houses are important gathering places for ordinary Burmese and here we get to experience Burmese folk life in a genuine environment. In the afternoon we walk through some of Rangoon’s most picturesque neighborhoods. At Rangoon’s largest market, Bogyoke Aung San, or Scott’s Bazaar , you can shop for everything from precious gemstones such as rubies and sapphires to beautiful and inexpensive cotton clothing such as the traditional longyi hips. Overnight in Rangoon. (Breakfast and lunch)

Day 4: Rangoon – Bagan
Early in the morning we take the domestic flight to Bagan. Between the 11th and 13th centuries, the royal city of Bagan was the region’s foremost seat of learning and religious practice. During this period a very large number of stupas, shrines, temples and monasteries were built here. The ruined city is located on a large plain in a bend of the Irrawwaddy river and together the magnificent ruins with their religious architecture form a fantastic sight. Some of the religious buildings still attract large numbers of Buddhist pilgrims. Today’s highlights include a visit to the shimmering Shwezigon Pagoda , known for its Buddha statues from the heyday of the Bagan Empire. We also visit the lively and colorful morning market in Nyaung U, a market which provides great photo opportunities and also an opportunity to meet and mingle with the locals and see how they feel in their lives. We end the day with a ride by horse and carriage through Bagan’s peaceful surroundings. During the tour we visit the Ananda Temple, known for its Buddha statues and old murals. Ahead of dusk, we finally wait for the moment when the sun sets over Bagan’s pagodas and temple ruins. Overnight in Bagan. (Breakfast and lunch)

Day 5: Mount Popa – Bagan (Pagan)
In the afternoon we take a bus to the Burmese countryside. We visit an interesting monastery complex on top of Popa Taung Kalat (“Pedestal Mountain”)and from here you get a breathtaking view of the surroundings after first walking along a winding covered staircase from the sanctuary at the foot of the mountain (optional walk – there is also a bazaar area at the sanctuary to discover). Overnight in Bagan. (Breakfast and lunch)

Day 6: Irrawaddy river cruise to Mandlay
In the morning we border the express boat that will take us downstream of the Irrawaddy river from Bagan to Mandalay. A journey that takes about 7 hours. During the cruise we get breathtaking views along the river and we meet families in fishing boats that glide by. Overnight in Mandalay. (Breakfast and lunch)

Day 7: Mandalay
Today a full day excursion awaits in Madalay’s surroundings. In Amarapura in the morning we witness the daily distribution of food to thousands of monks from the Mahagandayon Monastery and then continue to Sagaing , the spiritual center of Burma known for its many Buddhist monasteries. We end the day with a stop at the U Bein bridge – probably the world’s oldest and longest teak bridge. Overnight in Mandalay. (Breakfast and lunch)

Day 8: Mandalay
We make a boat trip to Mingun to visit the begun, but never completed construction of Pahtodawgyi – a half-finished brick pagoda from the late 18th century. The construction, if completed, would have become the world’s largest pagoda. Although much of Pahtodawgyi was destroyed during an earthquake in the 19th century, the ruins after the brick construction began on the river are an incredibly impressive sight. We return to Mandalay and arrive at the area at the foot of Mandalay Mountain with its many temple buildings. We see the Mandalay Palace where the last king of an independent Burma resided and the beautiful Shwendandaw Monastery built in teak. Overnight in Mandalay. (Breakfast and lunch)

Day 9: Mandalay – Inlesjön
We fly to the city of Heho. From here, the journey continues by bus to Inlesjön. On the way, we stop at Red Mountain Estate Vineyards & Winery and have the opportunity to taste something as exotic as Burmese wines in a fantastic mountain landscape. We are now in the vast highlands of Burma, which differ from the lowlands in many respects. Here you will find several of Burma’s many minority groups, of which the dominant ethnicity is the Shan people. After the wine tasting go to our hotel. Overnight at Inlesjön . (Breakfast and lunch)

Day 10: Inlesjön
Today a full day excursion by boat awaits on Inlesjön, beautifully framed by the rolling Shanberg Mountains. Here are pole house villages, floating markets and gardens anchored at the bottom with bamboo poles. Along the shores and on the lake you will also find the most exquisite temples and pagodas. During the boat trip, we do a beach break to see local crafts. The population living on Inlesjön consists for the most part of the Intha people who are devout Buddhists whose way of life is adapted to the conditions that the lake offers. Overnight at Inlesjön. (Breakfast and lunch)

Day 11: Inlesjön – Ngapali
We leave Inlesjön and the highlands behind us to travel by air to the coastal strip at the Bay of Bengal. After a short transfer from Thandwe Airport, we arrive at the small seaside resort of Ngapali, known for its wonderful beaches, clean waters and tranquil atmosphere. In addition to sunbathing, swimming, fishing and snorkeling, it is possible to go exploring in the surroundings. There are several restaurants in the hotel and in the village to choose from. Overnight in Ngapali. (Breakfast)

Day 14: Ngapali – Rangoon
Transfer to Thandwe Airport and flight to Rangoon. The rest of the day free time. In the evening we gather for a farewell dinner. Overnight in Rangoon. (B)

Day 15: Rangoon
Transfer to the airport before returning home. Meals are included on the long-haul flight.