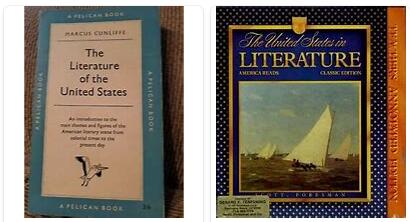 Taken from the title of an essay by the literary critic FO Matthiessen (1941), the expression designates the golden period of American literature of the 19th century, the one in which, in the mid-century years, RW Emerson, HD Thoreau, N. Hawthorne, H. Melville and W. Whitman published their major works.

5.1 Transcendentalism. The assumption of this artistic flourishing was the affirmation in New England of a current of thought, directly inspired by German idealism, called transcendentalism, which had its maximum development between 1836, the year of publication of Emerson’s essay, Nature, and the moment in which, towards the mid-1850s, the specter of civil war began to loom. Born as an evolution of the Unitarian Church with which, starting from 1815, WE Channing had attempted a first liberal reform of the dominant Calvinist rigidity, transcendentalism found in RW Emerson the greatest exponent and the most authoritative theorist. Claiming, on the basis of Kantian teaching, the absolute centrality of the cognitive process, precisely transcendent, Emerson became the interpreter of a concept of religious freedom that recognized the individual’s ability to participate, by virtue of the spontaneity of the mystical experience, to the knowledge of the collective transcendent soul (oversoul). One of the founders of the magazine The Dial, with a very pragmatic nature, in his most famous speeches Emerson bends his transcendentalist creed to the needs of independence of the American culture of the time (The American scholar, 1837), to those of freedom of testimony (The divinity school address, 1838) and affirmation of individual abilities (Self-reliance, in the Essays of 1841), thus giving life to a corpus (formed, in addition to the imposing Journals and Representative men, 1851, by other volumes of essays, poems, letters) which, albeit unsystematic, it became the breeding ground for the definitive American intellectual and artistic emancipation. ● The fundamental optimism with which Emerson looks at the individual and his harmonious relationship with nature becomes an integral part of the vision that his friend HD Thoreau articulates in his most important writings, Concord and Merrimack rivers (1849) to that masterpiece of American prose, between story, essay and diary, which is Walden (1854), a text in which Thoreau traces the two years of isolation in the woods near Concord which 1845 and 1847. This individualistic drive finds its proper political outlet in the essay Civil disobedience, which appeared as Resistance to civil government in 1849, in which the transcendentalist Thoreau, anticipating certain forms of anarchist spontaneism of the 20th century, defends the reasons of the individual against the power of a state that its profound political conscience finds a way to heavily criticize in the context of the abolitionist debate; and again, in the essays by Slavery in Massachusetts (1854) and in the famous A plea for John Brown (1860).

5.2 The novel. Still on the conflict between the individual and society, on the meanings of the link between man and nature, N. Hawthorne, the author who lays the foundations of that American tradition that he will find in the work of H. James, investigates in that same strip of Massachusetts.further development. Torn between a strong sense of the guilty excesses of the Puritan heritage and the imperative to give dignity to an artistic practice that is still largely poorly tolerated (recurring motifs of his stories, collected in the two editions of Twice-told tales, 1837, 1852; and in Mosses from an old manse, 1846), it is in the great historical fresco of The scarlet letter (1850), even more than in The house of the seven gables (1851) and in the other novels, that he manages to transpose his moral labor into literary testimony of the first magnitude, an allegory of an interior torment experienced in isolation. ● And it is precisely to the genius of Hawthorne that H. Melville will dedicate the other undisputed masterpiece of nineteenth-century American fiction, that Moby Dick which, which appeared in 1851, would be recognized as such only much later. After the happy debut with exotic atmospheric novels (Typee, 1846; Omoo, 1847) and the partial failure of the allegorical Mardi (1849), with Redburn (1849) and White Jacket (1850) Melville returns to investigate the precarious balance of life on board, already directly experienced in his youth as a sailor, which will be the background to the great Faustian drama of Ahab and the crew of the Pequod. Making use of an extraordinary variety of linguistic casts, from the biblical model to Shakespeare, from oral cadences to scientific lexicon, Moby Dick is constructed as a modern tragedy, at times even realistic, and yet full of allegorical implications, fantastic scraps, symbolic reverberations such as to make the only text of its kind. The commercial failure of the book, in fact, made Melville a novelist who survived himself,

5.3 Poetry. If it is therefore prose, and in particular the novel, that gives life to the Renaissance, it is poetry, the song of the son of Manhattan ‘W. Whitman to complete it. Anticipating today’s concept of open work, between the first publication of Leaves of grass (1855) and the so-called deathbed edition of 1891-92, Whitman constantly reworked his masterpiece bringing it, amidst additions and revisions, from the 12 original poems that accompanied the dense preface, to the hundreds of passages of this great epic of modern America. Effectively concentrated in the metaphor of a title, which explicitly refers to the transcendentalist idea of ​​harmony of nature, is the critical judgment on this work of ‘democratic poetry’: leaves of grass, or even different poems of the same work, the same but distinct, united in a set of single recognizable individualities.